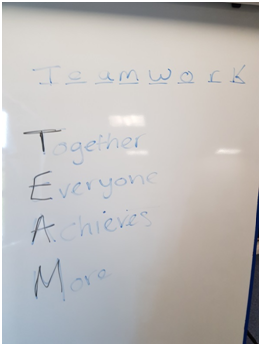 This week in MBBC we focused on ‘Teamwork’. The boys already knew a lot about teamwork as most of them played/play in teams. However, this was still an important topic to cover as working collaboratively in a team can sometimes be a difficult thing even as an adult.

We started the session by watching a video involving many different professional footballers (male and female) and current referees. The video discussed just how crucial teamwork is and how much of an impact it can have if people do not work as a team.

This video opened up a discussion on what makes an effective team and how we can work together to achieve a common goal. We decided that we would need to COMPROMISE, COMMUNICATE and NEGOTIATE. We decided that sometimes within a team that can be disagreements and that these can lead to arguments. The arguments will end up with someone coming out as a ‘loser’. These disagreements are known as conflict. However, we came to the conclusion that conflicts are not always a bad and thing and can be seen as a positive if dealt with correctly;

Using the method above will leave the people within the conflict feeling like it has been a ‘win-win’ situation.

As with all our weekly meetings we aimed to create a definition for our focus, but this week we did it slightly different. This week we made an acronym for the word TEAM

By this point there was only 45 minutes of the session remaining so we put our teamwork skills to the test. The boys and I had a small sided game of football (3 vs 3) and obviously I got stuck in goal. The first 25 minutes were perfect with the boys really focussing on teamwork. On the 25 minute mark one team started to pull away on the score front, this started to create cracks within the harmonious squad. The boys themselves came together as one big team to take things back to basics and focus on building an effective team regardless of the score, immediately this had an impact. The boys began to enjoy themselves a lot more and performed as a more efficient team.. 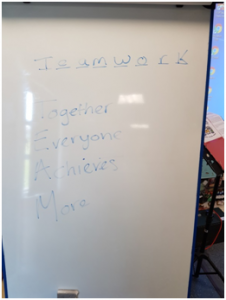 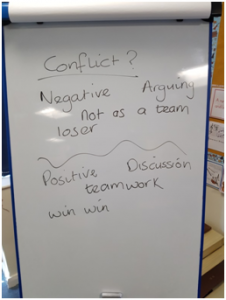 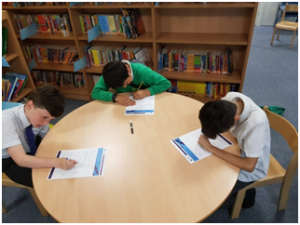 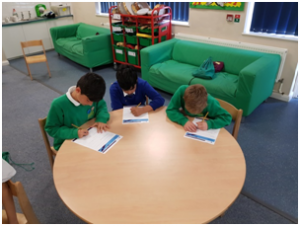