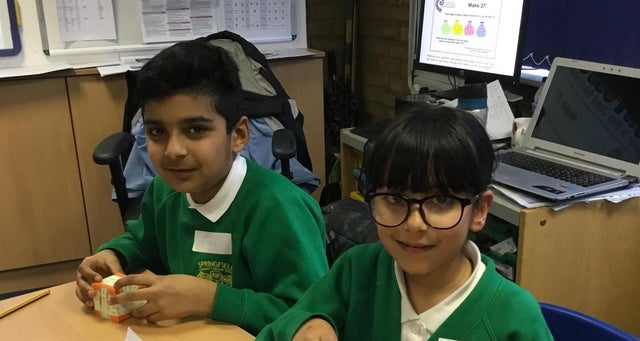 The children from Springfield Community Primary School in Burnley Wood took part in a Spelling Bee to decide who would represent will be for a cross school competition.

Each class put forward two competitors who had learned spellings related to their year group. The two competitors for each year group went head to head in front of the whole school, battling for a place in the semi-finals.

Pupils Adam Ahmed, Irfa Amir, Scotty Crawford, Fasih Durrab, Lavin Karim and Madison Duckworth-Shackleton will go through to compete with children from local primary schools that are part of the SWAT (Schools working and achieving together) cluster. 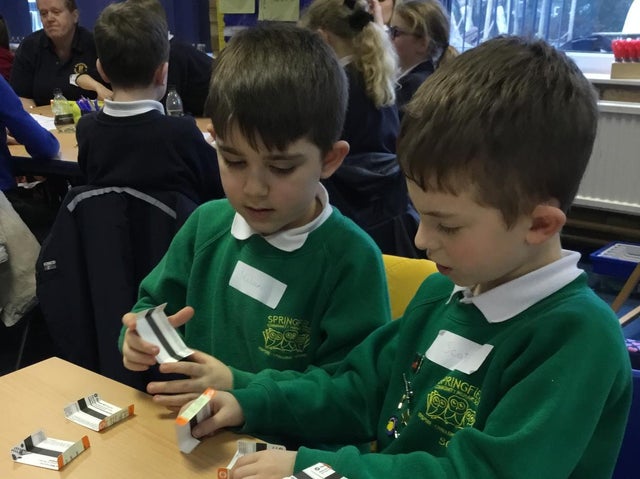 Meanwhile, Springfield pupils took part in an ‘Able Maths’ workshop at Christ The King RC Primary School. Aurthers Abroad provided the workshop which was led by Anne Fieldhouse (one of the leading UK maths consultants).

Pupil Emily Kirkbright said: “I was proud because I was the first to solve the maths problem and now, I can use this way in school.

Fellow pupil Scotty Crawford said: “I enjoyed showing my family one of my number challenges, it was nice to share it,” while Milan Karim added: “Making the cube from train tickets was quite hard but I tried really hard and did it in the end.”