Lily Pad is a specialised provision run by Mrs Phipps and Mrs Moffitt, who are fully trained Nurture practitioners. In Lily Pad we provide a tailored curriculum to develop social and emotional skills in a fun, friendly and family orientated environment. Lily Pad has a maximum of 8 children and sessions take place four afternoons a week.

This term in Lily Pad we are looking at the work of the author Julia Donaldson with this half terms focus being the story the ‘Smartest Giant in town.’

George is a giant who buys himself a new smart outfit including a new white shirt, a stripy tie, smart trousers with belt and new socks and shoes. As George walks around town he meets various animals in distress and kindly donates items of his clothing to help them. For example, his tie became a scarf for a cold giraffe and his shoe became a house for a little white mouse. The children thoroughly enjoyed the story and wrote book reviews.

Like lots of Julia Donaldson books the Smartest Giant in Town is a rhyming book and the children in Lily Pad have been practicing their rhyming skills with bingo and lotto rhyming games.

We have also tried to use our rhyming skills to write our own versions of the story. The children chose an animal to rhyme with an item of clothing and each child wrote their own part of the story. 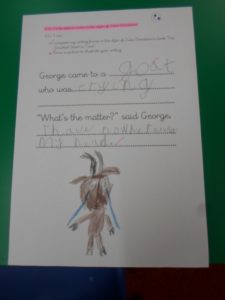 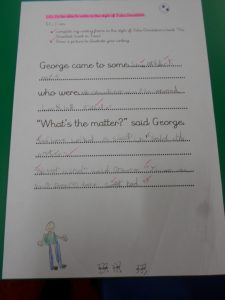 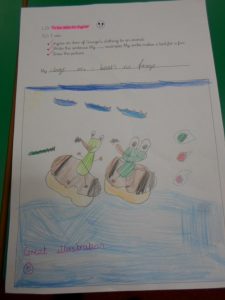 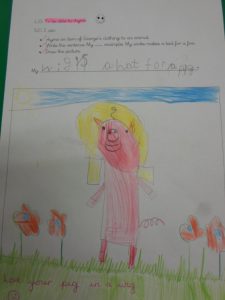 Our focus for this half term is kindness and the children of Lily Pad decided they would like to perform an act of kindness by making buns for school’s Macmillan coffee morning. Although the cakes looked delicious the children gave all of them away without even sampling a crumb! 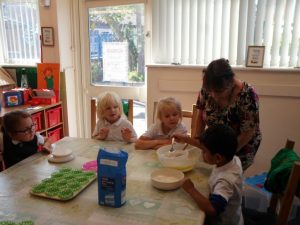 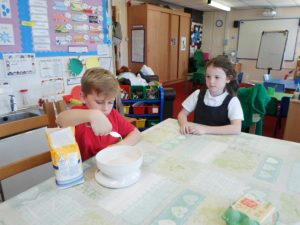 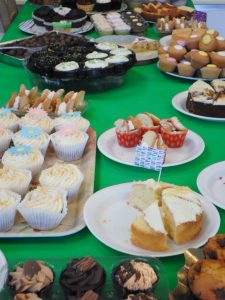 We were also fortunate enough to go to Burnley Mechanics to watch Tabby McTat. The children enjoyed a musical extravaganza and thoroughly enjoyed singing along to busker Fred’s and Tabby McTat famous song “Me and you and the old guitar,” 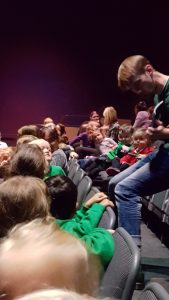 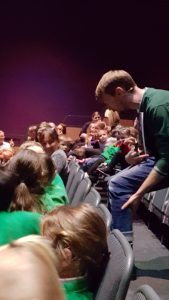 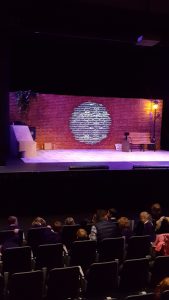 On Wednesday 10th October it was World Mental Health Day and in Lily Pad we decided to look at our similarities and differences. We enjoyed a game of ‘I have …’  where the children made a statement about themselves for example, “I have green eyes.” Then if anyone else in the circle had green eyes, they would swap seats. We then looked at our faces in mirrors and then drew our self-portraits. 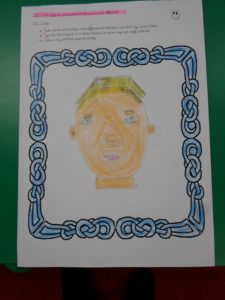 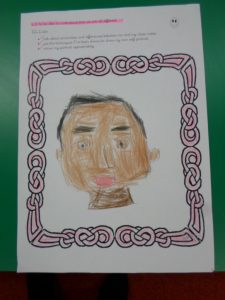 Service for children only

Are you worried about something in school or at home?

Then whisper it by clicking on the button below.