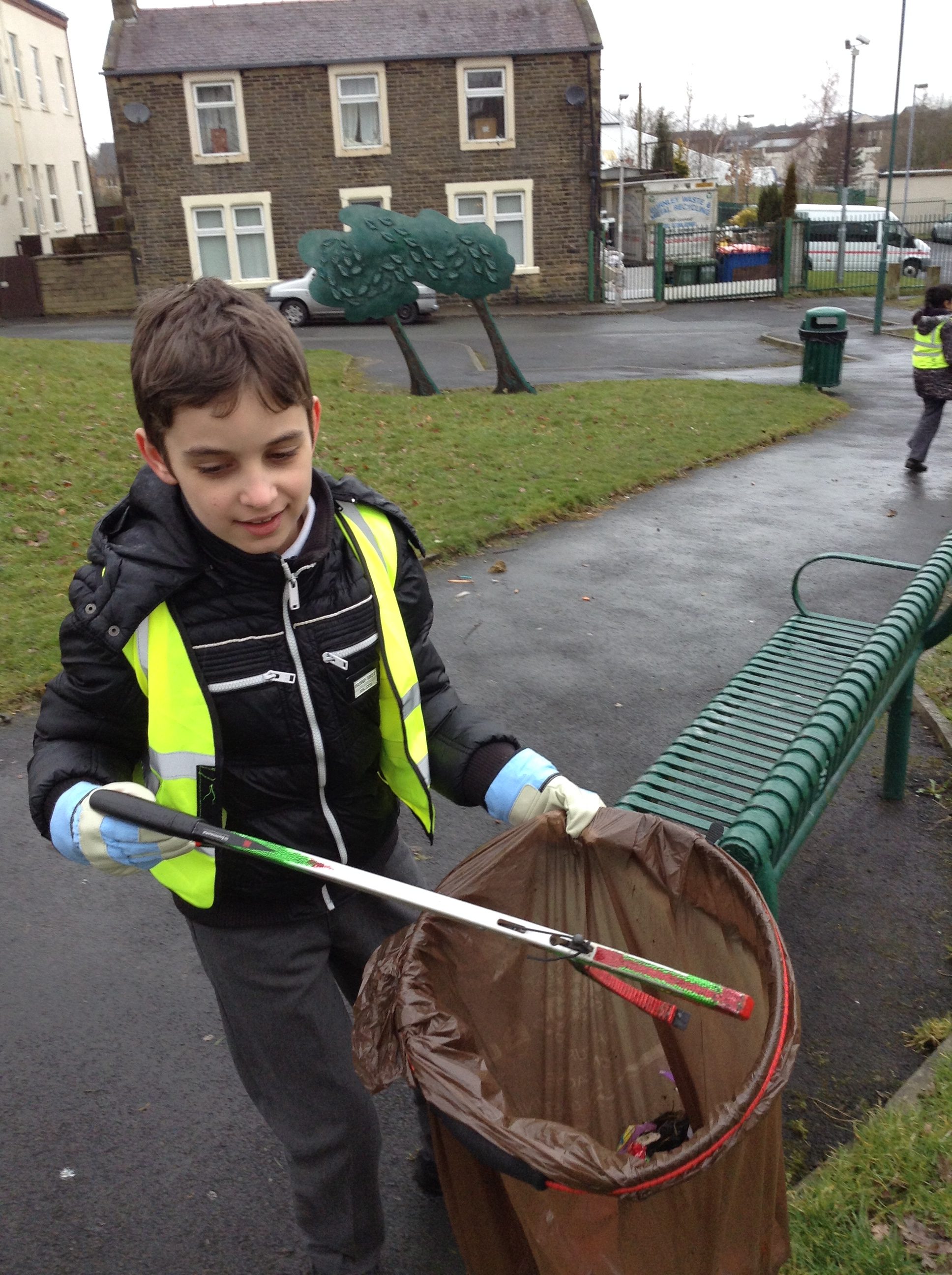 On Monday 12th March 2018, Year 4 were visited by Streetscene from Burnley Council.  Their aim is to educate people about litter and how to dispose of litter appropriately.  We were split into two groups – one group went out litter picking whilst the other group completed fun activities in the classroom.  The groups then swapped over.

When we went outside litter picking, we had to wear high visibility vests over our coats, protective gloves and we took a bin bag and litter picker.  We walked to the local park and collected as much litter as we could find.  Unfortunately, there was lots to collect.

When we stayed in the classroom, we watched a video which explained to us how 70% of household waste can be recycled.  It also taught us ‘The Three Rs’ which are:

We played a team game where we had to work together to pass a plastic bottle from the back of the line to the front without dropping it.  The team with the most plastic bottles collected at the end was the winner. After this, we were told about the different ways to dispose of litter – garden waste bin, paper/cardboard sack, glass/plastic box and refuse bin.  We were shown a variety of litter and had to decide which bin they would need to go in and give reasons for our choice.  It was trickier than we thought as not all plastics can be recycled.

At the end of the session, we were given an activity booklet to complete which consisted of wordsearches, crosswords, mazes etc.  We were also given a packet of crayons each and a miniature Burnley Council wheelie bin.

We had such a fun afternoon and learned a lot about how to correctly dispose of litter.